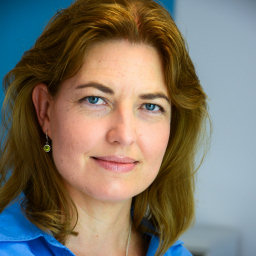 Every text one reads at the moment starts with a reference to the coronavirus, and this editorial can be no exception. The editorial staff of ALTEX has been teleworking for many years, so our productivity currently is not affected. We are pleased to be receiving many new manuscripts – it seems that some scientists are using their time out of the lab to put results to paper. However, we expect the closure of many laboratories to delay or even set back the completion of projects, which will in turn impact future publications. After the cancellation of large scientific conferences like SOT and ESTIV, and also many smaller events, we will need to wait and see how the much anticipated WC11 will be affected. For now, we hope this thick issue of ALTEX will keep you busy and might entice you to read some articles that you would not have found time for otherwise.

The success of all our work towards reducing, refining and replacing animal experiments can be measured by the numbers of animals used in experiments every year. But do the naked numbers tell the whole story? In their Food for Thought … contribution, Francois Busquet and colleagues examine the recently published statistics on animal use in the European Union during 2015 to 2017, highlighting successes and calling attention to disappointments.

Kapil Khadka et al. present an approach that uses our knowledge on disease mechanisms distilled into adverse outcome pathways (AOPs), which describe the molecular initiating and key events leading to adverse outcomes, to select high throughput in vitro tests that in combination can best predict which drug candidates may cause liver injury. This strategy may be adapted for selecting tests that predict other adverse effects. A related computational approach is described by Qier Wu et al., who predict which signaling pathways are affected by persistent organic pollutants by analyzing data on protein-substance interactions and integrating the resulting database with pathways, disease annotations, and AOPs. Such predictions could point out potential toxicity mechanisms of a substance to be confirmed in respective targeted laboratory tests.

Humane endpoints in animal experiments are criteria that indicate that an animal is moribund and should be humanely killed to reduce its suffering. Using historical data on a mouse model of cholestasis, Xianbin Zhang and colleagues sought criteria that could reliably bring this prediction forward to an earlier time point and so reduce animal suffering. They found that weight loss of 10-20% combined with 80% reduced burrowing activity reliably predicts death of mice within 1-2 days.

Organ-on-chip technology has gained much interest and raised high expectations. In their opinion article, Minne Heringa and colleagues identify which organs are already sufficiently developed for regulators to become involved in guiding their progress towards regulatory acceptance for repeated dose toxicity evaluation and make technical and strategic recommendations to address the challenges ahead. In a review article, Manuela Cassotta et al. argue that animal experiments and simple in vitro experiments poorly model rheumatoid arthritis and call for the field to adopt new technologies in its continued search to improve the treatment of this debilitating disease.

As the number of organs available for donation is limited, medical doctors are seeking to transplant organs from donors after cardiac death. Daniele Dondossola and colleagues have developed criteria to assess the vitality of such organs using pig livers from the abattoir instead of designated experimental animals.

Chronic oxidative stress appears to be an initiator of glaucoma development. Sergio Saccà et al. challenged a 3D dynamically perfused trabecular meshwork model repeatedly with peroxide over the course of a week to model the early stages of glaucoma. They show that the dynamic perfusion allows the cells to adapt to the repeated stress as would the cells in the human eye, and they now hope to learn more about the molecular changes this causes. The 3D reconstructed dynamically perfused intestinal epithelium developed by Alessandra Marrella and colleagues can be used to investigate intestinal uptake of substances via the paracellular or intercellular absorption pathways as evidenced by the uptake of two non-metabolized sugars. Changes in uptake under pathological conditions and tissue recovery also can be modeled.

The BenchMarks article by Karreman et al. features a free tool to analyze intracellular calcium fluxes, and a letter by Katharina Hohlbaum et al. reports on a free 3Rs webinar series developed by the Berlin-Brandenburg research platform BB3R. Seven meeting reports and the Corners bring you up to date with recent activities in the field.

The ALTEX team wishes all its readers and supporters good health and hopes you will soon all be able to continue your valuable work for the 3Rs.