Microphysiological Systems in Drug Discovery and Safety (in progress) 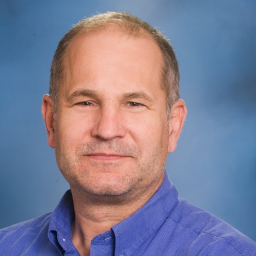 The current body of work is a second collection of manuscripts in a Special Issue of ALTEX for the purpose of outlining industry perspectives for developing and characterizing MPS models for drug discovery, safety, and disposition applications for additional organ systems, new applications, or specific drug platforms. The manuscripts in this Special Issue also create guides for tissue-chip developers and pharmaceutical industry scientists generally focused on drug safety and disposition applications, which are the primary areas of exploration with these tools. It is intended that this body of work will help to expedite the uptake of MPS platforms into the drug discovery and development process and hopefully provide improved drug safety and disposition assessments. Furthermore, these manuscripts highlight some of the gaps in the field of MPS for the pharmaceutical industry, for which we hope vendors, academicians, and others can find solutions and advance the field.

We define MPS as going beyond traditional 2D culture by including several of the following design aspects: a multi-cellular environment within a biopolymer or tissue-derived matrix; a 3D structure; the inclusion of mechanical cues such as stretch or perfusion for breathing, gut peristalsis, flow; incorporating primary or stem cell-derived cells; and/or inclusion of immune system components. MPS platforms may be utilized as isolated single fluidic systems or connected through fluidic circuits to model the function of interconnecting tissues (Ewart et al., 2017). Initial MPS applications are likely to be within the lead and candidate optimization stages, including predicting human pharmacokinetics and pharmacodynamics (PKPD), predicting translation of preclinical findings, and identifying mechanisms of toxicity (Ewart et al., 2017). Other areas in which MPS may add value include disease modelling, target identification/validation, pharmacology, biomarker identification, and personalized medicine. Finally, MPS may improve testing of efficacy and safety risks for which in vivo models do not currently exist or are unfeasible, such as cell and gene therapies, viral vectors, or modalities that only function in human cells/models.

Compound attrition rates remain high for drug companies. Well over 1 billion U.S. dollars are invested to produce a single marketed drug, with only ~10% of Phase 1 candidates reaching final approval by the U.S. Food and Drug Administration (FDA) (Blomme et al., 2016; Hay et al., 2014; Munos, 2009). Lack of adequate efficacy is the greatest reason for drug attrition (~57%) (Hwang et al., 2016). However, safety is also a major reason for drug failures, reportedly contributing to 35% and 28% of drug failures from Phase 1 and from Phase 2 to submission, respectively (Arrowsmith and Miller, 2013). The value and limitations of predicting human toxicity based on animal tests are controversially discussed. While the absence of toxicity in animal species was found to strongly predict similar outcomes in clinical trials (Monticello et al., 2017), it was found that rodents and non-rodents predicted only ~43% and ~63% of human toxicities, respectively, based on data from 150 drug candidates (Olson et al., 2000). While human cell-based MPS models may help to better predict human toxicities, their combined use with animal cell-based MPS models may help to derisk drug candidates when toxicities are observed in preclinical species (Van Vleet et al., 2019).

The manuscripts in this Special Issue1 attempt to frame the areas in which emerging or future MPS can most impact the use of preclinical animal models with positive influence on the 3Rs (reduce, refine, and replace). It is clear that MPS will need to provide additional value to standard non-clinical practices for them to be applied in drug discovery and development. This body of work is intended to influence the MPS field and educate innovators on pharmaceutical standards or established processes. No regulations currently exist for the use of MPS in drug testing; however, regulatory guidance documents may be needed if MPS enter the mainstream of drug development programs. 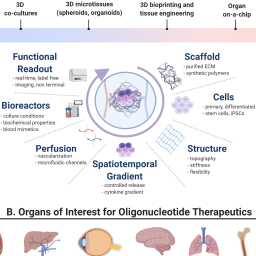 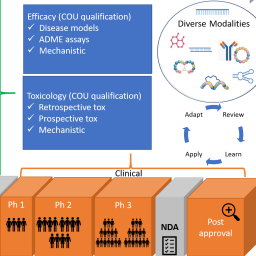 Perspectives on the evaluation and adoption of complex in vitro models in drug development: Workshop with the FDA and the pharmaceutical industry (IQ MPS Affiliate)