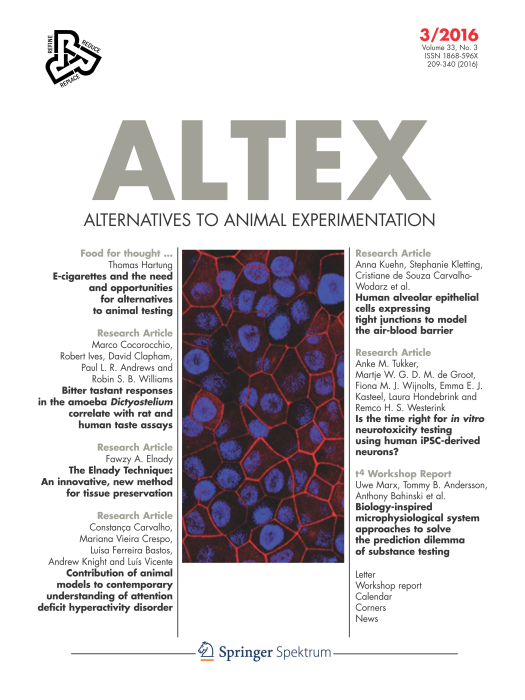 Treatment compliance is reduced when pharmaceutical compounds have a bitter taste and this is particularly marked for pediatric medications. Identification of bitter taste liability during drug discovery utilizes the rat in vivo brief access taste aversion (BATA) test which, apart from animal use, is time consuming with limited throughput. We investigated the suitability of using a simple, non-animal model, the amoeba Dictyostelium discoideum, to investigate taste-related responses and particularly identification of compounds with a bitter taste liability. The effect of taste-related compounds on Dictyostelium behavior following acute exposure (15 minutes) was monitored. Dictyostelium did not respond to salty, sour, umami or sweet tasting compounds, however, cells rapidly responded to bitter tastants. Using time-lapse photog­raphy and computer-generated quantification to monitor changes in cell membrane movement, we developed an assay to assess the response of Dictyostelium to a wide range of structurally diverse known bitter compounds and blinded compounds. Dictyostelium showed varying responses to the bitter tastants, with IC50 values providing a rank order of potency. Comparison of Dictyostelium IC50 values to those observed in response to a similar range of compounds in the rat in vivo BATA test showed a significant (p = 0.0132) positive correlation between the two models and, additionally, a similar response to that provided by a human sensory panel assessment test. These experiments demonstrate that Dictyostelium may provide a suitable model for early prediction of bitterness for novel tastants and drugs. Interestingly, a response to bitter tastants appears conserved from single-celled amoebae to humans.